The conference will feature plenary addresses by the following great speakers: 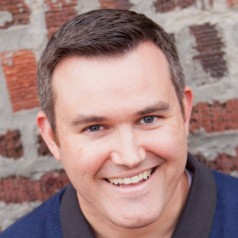 Title: Investigations into code review at Microsoft and beyond

Christian Brid is currently a Researcher at Microsoft Research working on Empirical Software Engineering as part of the Research in Software Engineering RiSE group. He received his bachelor’s degree in CS from Brigham Young University and his Ph.D. in Computer Science from UC Davis, studying empirical software engineering under his advisor Prem Devanbu. He is currently working on ways to use data to guide decisions of stakeholders in large software projects.

Emad Shihab is an Assistant Professor in the Department of Computer Science and Software Engineering at Concordia University. He received his PhD from Queen’s University and his MASc. and BEng. from the University of Victoria. Dr. Shihab’s research interests are in Software Engineering, Software Quality Assurance, Empirical Software Engineering, Mining Software Repositories, Mobile Applications and Software Architecture. He worked as a software research intern at Research In Motion in Waterloo, Ontario and Microsoft Research in Redmond, Washington. He held an NSERC Alexander Graham Bell Canada Graduate Scholarship (CGS-D3) and the PhD research achievement award from the School of Computing at Queen’s University. He served as organizer to a number of events related to Mining Software Repositories (MSR) and Mobile Applications, including serving as program chair of the MSR 2012 Challenge Track and the MSR 2013 Data Showcase Track. Dr. Shihab regularly serves on the programming committee of Software Engineering conferences and journals such as ICSME, MSR, ICPC, SANER (formerly WCRE/CSMR), OSS, TSE and EMSE. 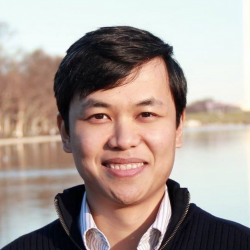 Hoan Nguyen is a postdoctoral research associate working with Dr. Hridesh Rajan in the Department of Computer Science at Iowa State University. He received his B.S. and M.S. in Computer Science from Hanoi University of Science and Technology in 2003 and 2006, respectively. He received his Ph.D. in Computer Engineering from Iowa State University under the supervision of Dr. Tien Nguyen in 2015. His research interests are in software evolution and maintenance which focus on program analysis, specification mining and mining software repositories. He received two ACM SIGSOFT Distinguished Paper Awards at FSE 2009 and ASE 2014. He is a recipient of the Research Excellence Award from Iowa State University for research accomplishments in his Ph.D. program. He will be a program co-chair of MSR 2016 Mining Challenge. 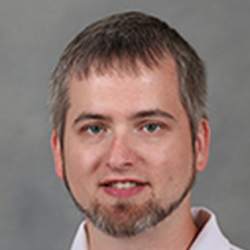 Robert Dyer is an Assistant Professor in the Department of Computer Science at Bowling Green State University.  He received his Ph.D. from Iowa State University in 2013.  His research areas are in Software Engineering, Big Data applications, and Programming Languages.  Currently his research focuses on the Boa project, that provides a domain-specific language and infrastructure to allow researchers to easily mine a very large number of software repositories.  Robert has served on the organizing committee for ICSE, program committee for Modularity and OOPSLA Artifacts, and reviewed for journals such as Empirical Software Engineering.  He is a member of ACM SIGSOFT and SIGPLAN and is the ACM SIGSOFT Webinar Coordinator.